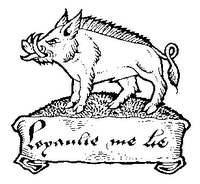 I’ve harboured a half-fixation with King Richard III for a good many years now.  In my pre-GCSE school days I was still studying history.  He was portrayed as the suitable ghoulish caricature you’d expect (although my vague memories of the time do suggest that Miss Turner did present reasonable doubt with the classical view of that period of history).

That in itself is fascinating enough for a young mind that likes a dark tale of treachery and scandal.

Subsequently through varied and subtle means I came to adopt a more Ricardian outlook on the subject, and whilst of course history of that distance away can only be conjecture I do feel a strong empathy with the interpretation I’ve placed on this notorious historical figure.  I wouldn’t go so far as to say he’s a hero, but as someone who’s been demonstrably vilified at least partially falsely perhaps I just like going for the underdog.

Either way, I do find myself in a position of admiring the construction of this former monarch I’ve constructed in my mind.  An odd position to be in as I’m by no means a monarchist at all – although a monarch (the last one in fact) who took to the battlefield in person to defend his crown is rather a different proposition to those that inhabit the palaces of this green and pleasant land nowadays.

So, Loyaulte Me Lie.  Richard’s motto, in the Anglo-Norman that would’ve been used in the court during Richard’s reign.  It translates to Loyalty Binds Me, and I really like it as a mantra to try to live by.  I like to think I’m a loyal person, I relate to it, both in family or friend terms or of course also in the more base tribal instincts of being a football fan.

In the context of supporting Forest over the last few years then perhaps ‘Loyalty Cripples Me’ might be more appropriate, but I digress, and not in a timely fashion as the Reds have started this season in fine fettle!

To draw this to a close, it was only relatively recently that I realised with a wry smile that I’ve spent more than ten years feeding my mortgage through the analysis the data attached to a retail loyalty scheme.

So Loyalty binds me indeed, and promises to do so for some time!

Meanwhile since the discovery of his remains in a Leicester car park I don’t think poor Richard has yet been laid to rest in a manner befitting his status.